It All Starts In The Gym! 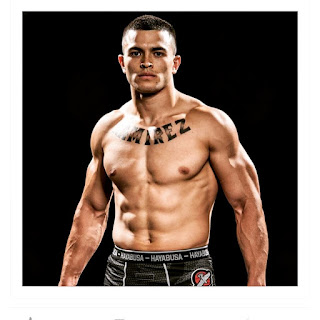 I have a confession to make ….. I watch the Kardashians! Ok, I said it…if you are terribly disappointed I’m sorry.  I don’t think they are great people,  I just enjoy watching these rich people live their lives.  It is fascinating to watch the businesses they’ve created because of their fame.

Anyway, Kloe has a new show called Revenge Body.  It is a really good show!  So inspiring!  One of the things that stuck with me from one of the episodes is how your emotional strength is connected to your physical strength.  I never thought about it that way.  She has many people on the show that are going through hard times and want to get in shape.  It’s impressive to see how all the hard work on their bodies really does change their attitude, confidence and strength emotionally.

Now, the improved attitude and confidence probably is a given.  However, I never considered how much emotional strength could be improved by improving your body.  GET EXCITED!!!

My son Mitch is a personal trainer.  He changed his life by changing his body.  He is a recovering addict.  If you could have seen him in the worst of his addiction, you wouldn't believe that this is him now.  He spent 3.5 years in prison.  He decided when he was sentenced to prison that he would make the experience work for him and not against him.  He worked out for hours everyday.  He was always in a small space (as you can imagine) He had no equipment, only his own body.  He made up workouts and did them constantly.  He dreamt of the day when he would become an MMA fighter.  He had an iron will and now is working on his dream.  He has won 3 fights and is an amazing young man.

However, he doesn’t train me because he says I don’t do what he says!  I asked him for a plan and he gave me one to start with.  He wants me to walk 2 miles a day and NO Sugar and NO Pepsi (except once a week)  I’m committed!  I got up early and went to the gym.  It was frightening how 2 miles was hard!!!!
I did it!  I’m on a quest to strengthen myself physically, emotionally, spiritually, mentally.  Apparently it all starts in the gym or where ever you find yourself….let’s see! 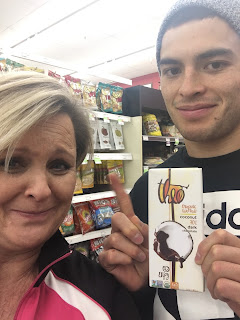 Him, not letting me buy chocolate!

Posted by jills-mamasonthemove.blogspot.com at 9:06 AM